The visual work Mines du Jardin is a computer generated image series of fictitious plant arrangements. The visual work’s main research was focused on what extent atmospheric natural images could be generated through pure digital rendering, which not only follow a pure implementation of photographic representation, but are also capable of creating a picturesque haptic of their own visual reality.

The series includes three images. Each are freely arranged 3D plant objects that were completely computer generated. No photographs were used. All images have passed through several light calculation cycles but were abruptly interrupted in the middle of the calculations to obtain the different tonal values of the image. This is visible in the images through the fine checkerboard grid in the form of black, square spaces, which are caused by tonal value fields that were not calculated. This intervention in the image calculation and the resulting influence on the "finished" image, offer without doubt analogies to traditional laboratory work in which the exposure of a negative largely influences the tones, contrasts and sharpness of the finished photo prints.

The technical challenge in the development of the visual work was the development of image density and the distribution of tones. This could only be controlled indirectly by the image size and the distribution of light sources and their intensity. The digital images were finally generated with a resolution of 19,800 x 27,000 pixels, and applied by means of digital flatbed printing on a 110 x 150 cm fiberglass fabric. 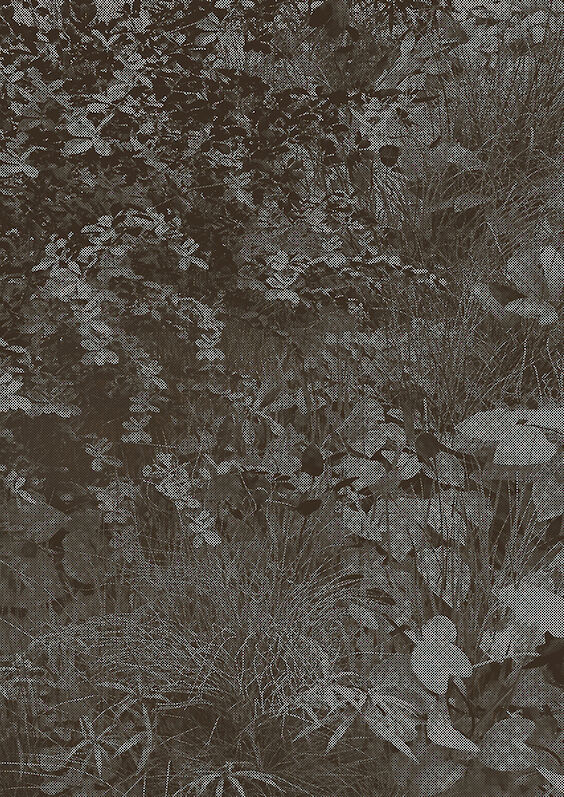 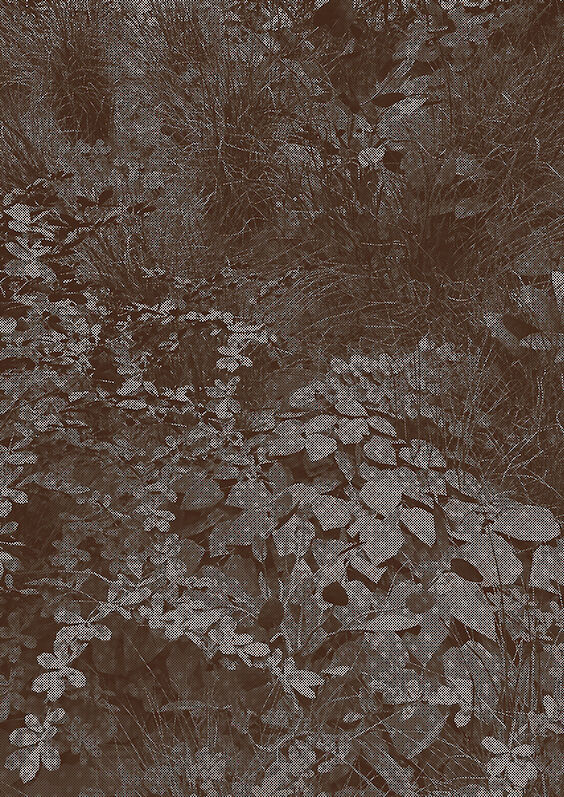 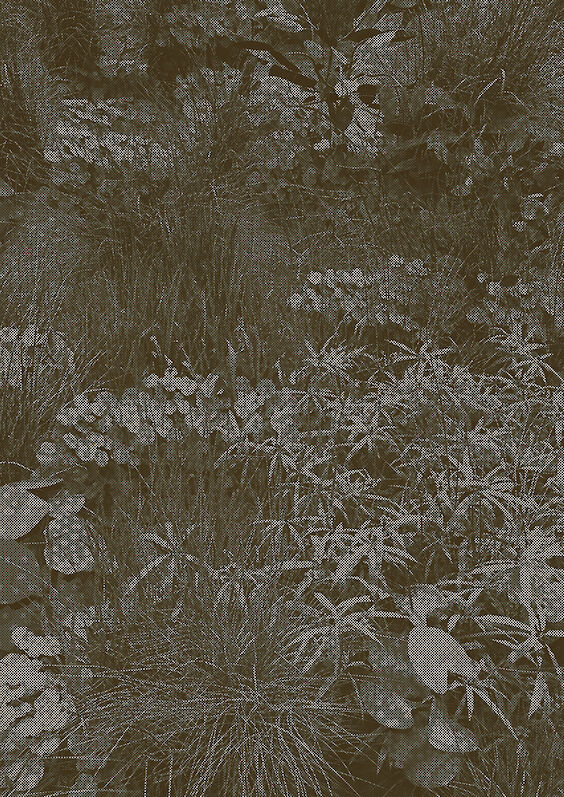 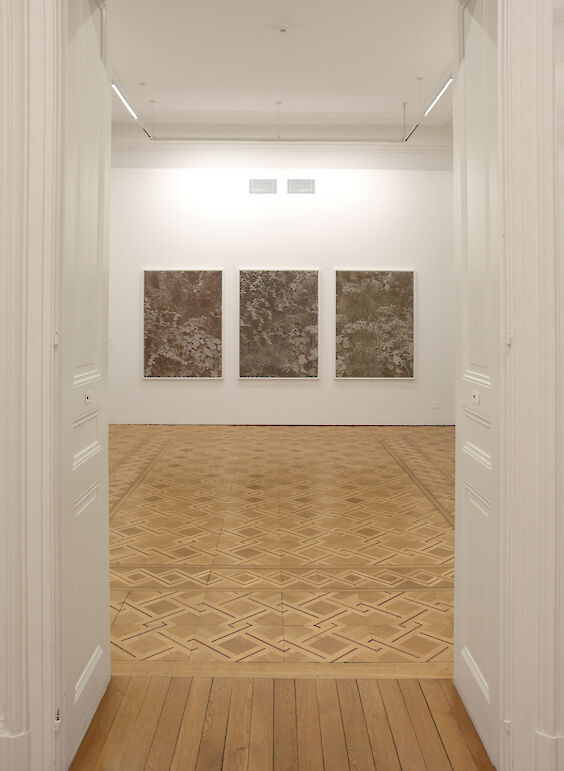 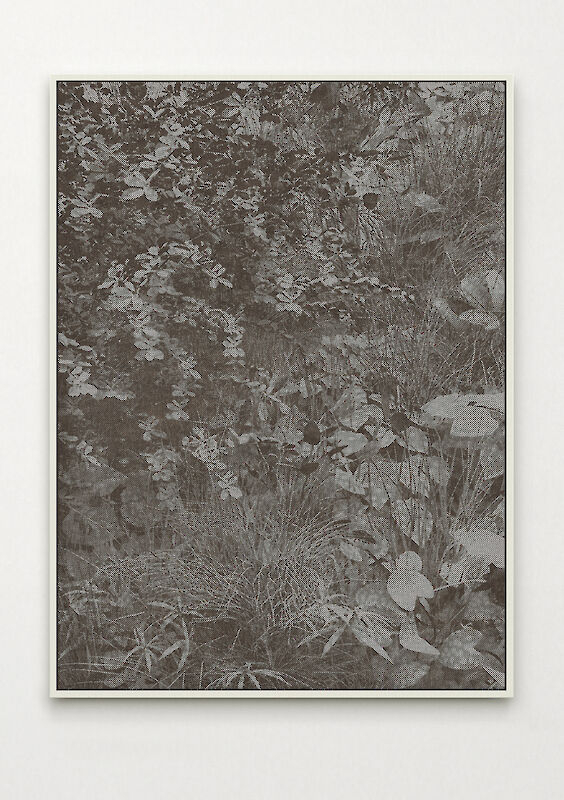 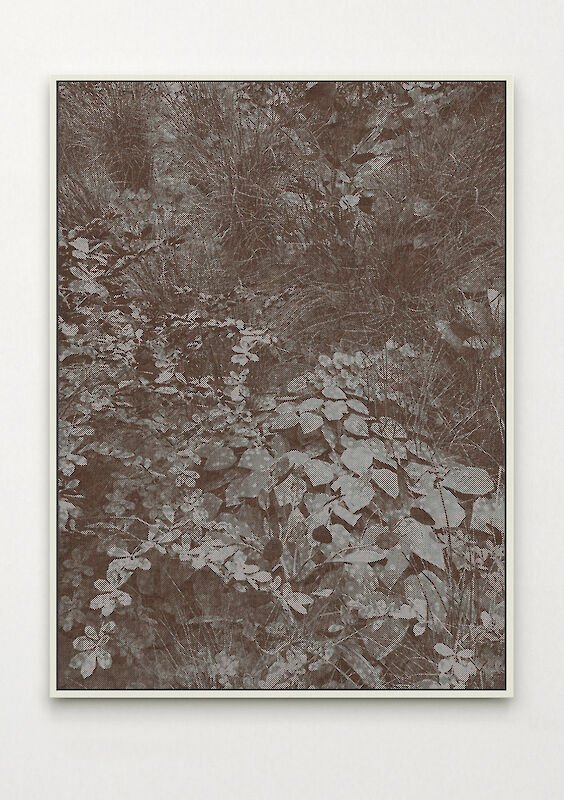 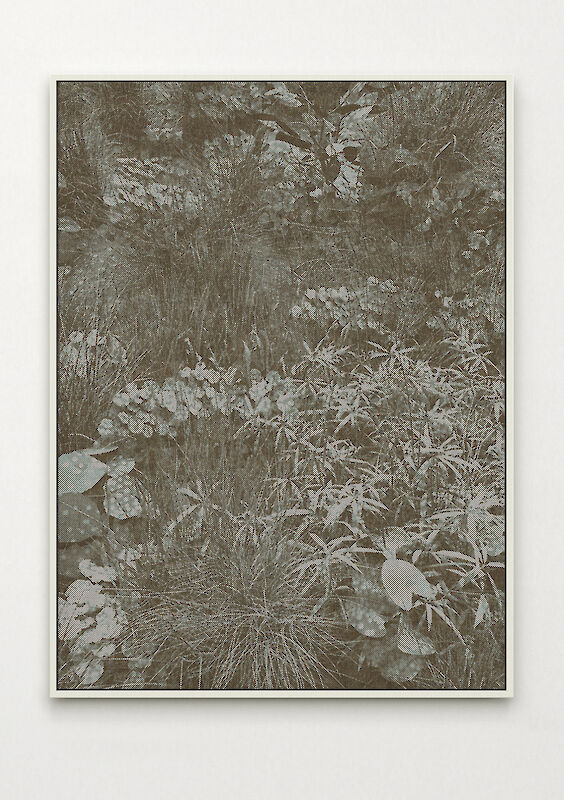 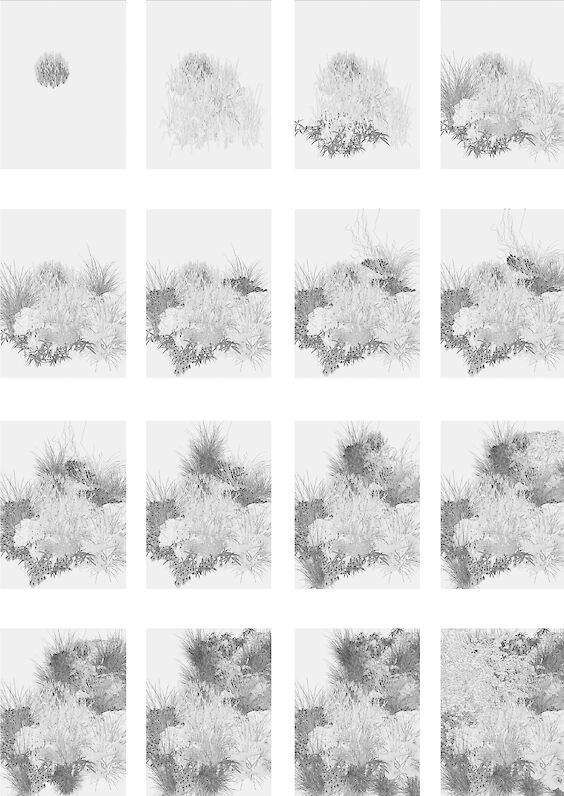 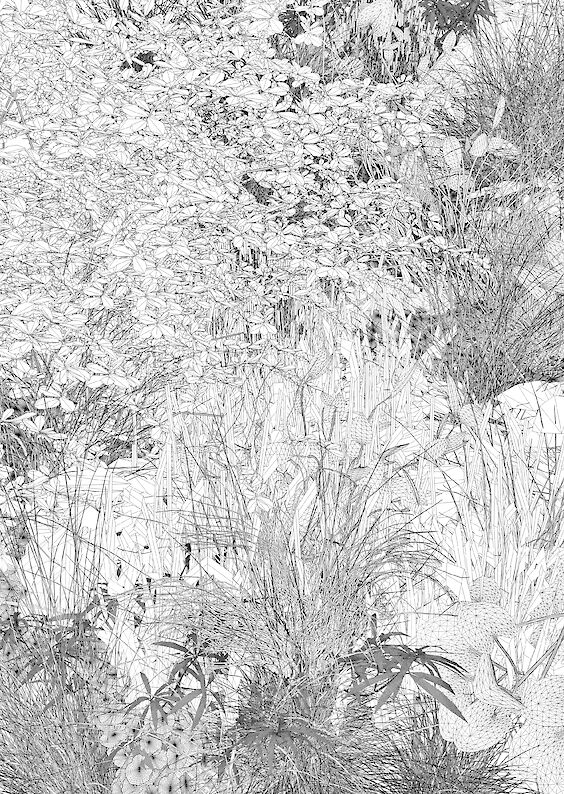 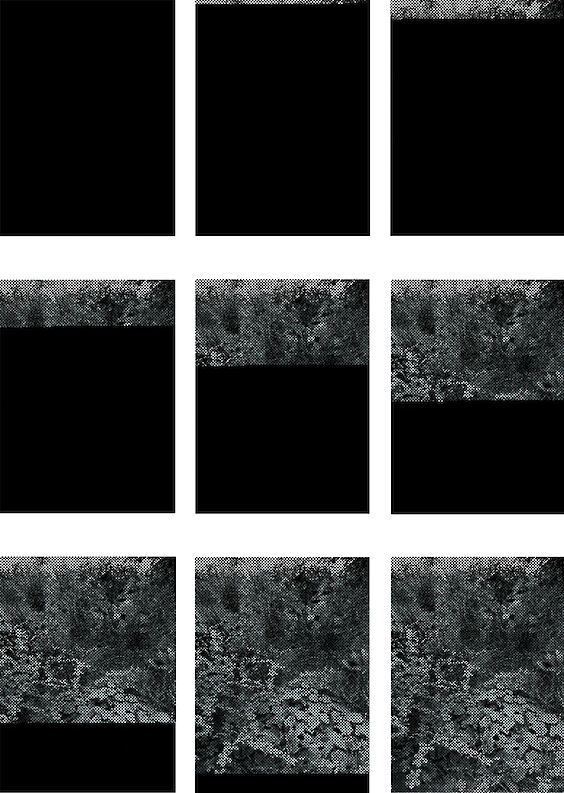 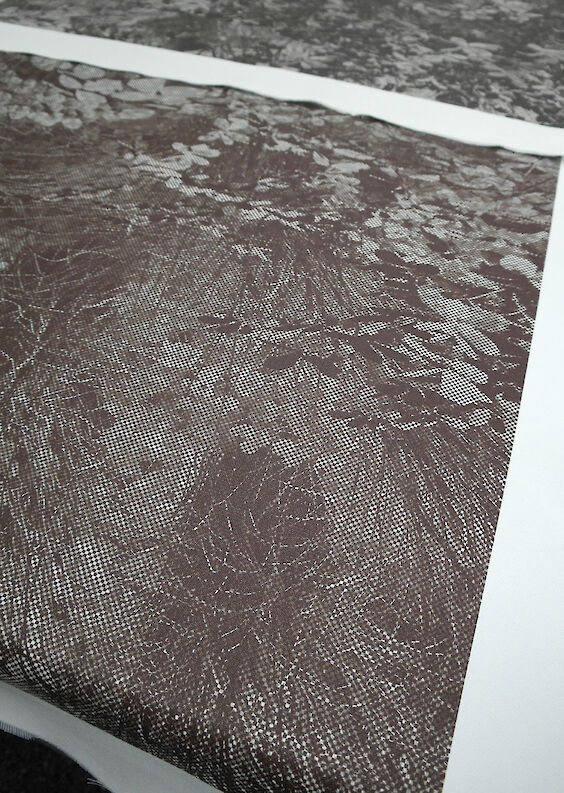